Envisage Arts CIC work with West Yorkshire Community Rehabilitation Company (CRC) to deliver supervision of male adult offenders serving reparation orders delivered through community payback. They have worked in partnership with the CRC contract since 2015 and prior to this they worked alongside West Yorkshire Probation Trust.

Envisage Arts finds suitable local community-based projects across the Dewsbury and Batley area of Kirklees that require additional help and support involving environmental clean ups, interior building maintenance or external building works where there is a direct benefit for the local community. These projects may include schools, community centres, religious building, community gardens and public areas. All of this work is delivered whilst providing a high level of care and supervision to offenders being supervised on community payback. On-the-job training is also delivered for decorating, small building maintenance, soft and hard landscaping and gardening.

Below are some examples of the work that has been delivered over the past year which demonstrates the variety of work that is delivered by Envisage Arts enabling service users to either learn or be upskilled in a number of areas. Importantly it also demonstrates the benefits to the local communities. 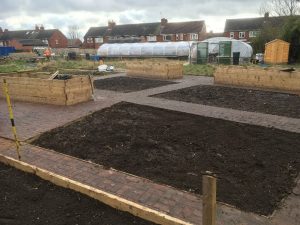 They positioned timber built raised beds that they had assembled and filled with soil in preparation for the sowing of vegetables. All block paving paths are now complete and this section has been handed over to the inter-faith groups and disabled users for whom it was designed.

They are now onto the next section of land to carry out similar projects involving laying footpaths and assembling more timber raised beds. 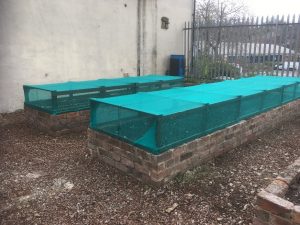 At the Envisage garden they have been repairing and digging over their vegetable plots and raised beds in preparation of planting vegetables and seeds for the new season.

The brick built raised beds have been repaired and filled with new compost and soil. 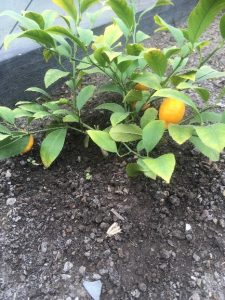 Another surprise when they opened the polytunnel after winter was to see the lemon tree bearing fruit for the first time.

Dewsbury and district Sea Cadets contacted Envisage Arts CIC to ask for help in clearing weeds and litter from the rear yard of their headquarters based in Earlsheaton. This work was needed to keep clear the fire exit point at that side of the building. 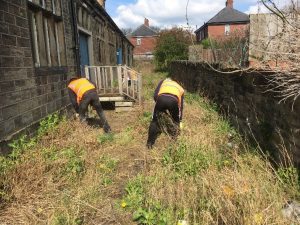 Under supervision, a team of community payback workers who attend Envisage Arts based in Batley headed to the yard and cleared it in one day. 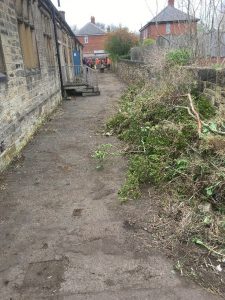 This job brought back fond memories for Dean, Envisage’s Managing Director, as this building was the former Earlsheaton junior school that he had attended some fifty (and some) years ago.

Envisage received a letter from the Sea Cadets thanking them for their contribution. 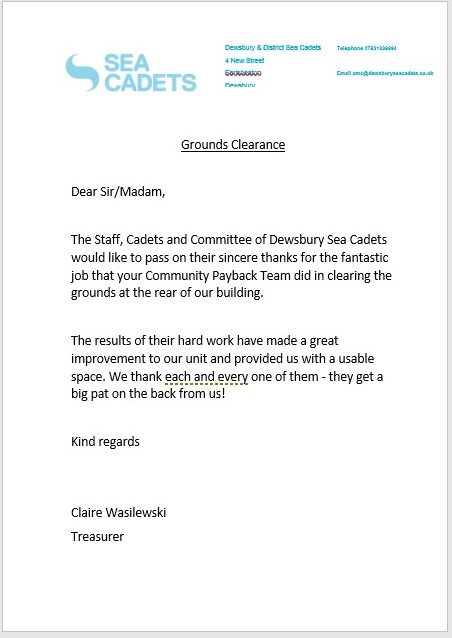 The summer months saw the community payback team working in local church yards cutting grass, cutting back bushes and clearing footpaths of weeds. One of the local churches is St Pauls at Hanging Heaton Batley. 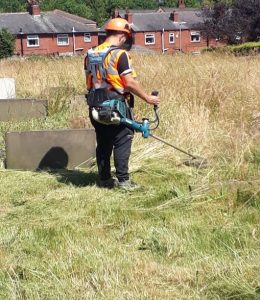 The workers gain skills in lawn maintenance, mowing and strimming the grass. 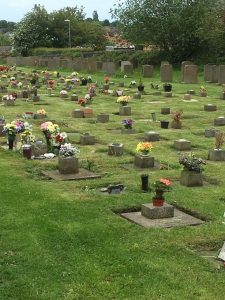 The men often meet members of the public attending the graveyard who always thank them for the quality of the work carried out, which raises their self-esteem.

Members of the team always come away satisfied of a job well done!

Here the team are pictured at St Pauls Church in Hanging Heaton, Batley. 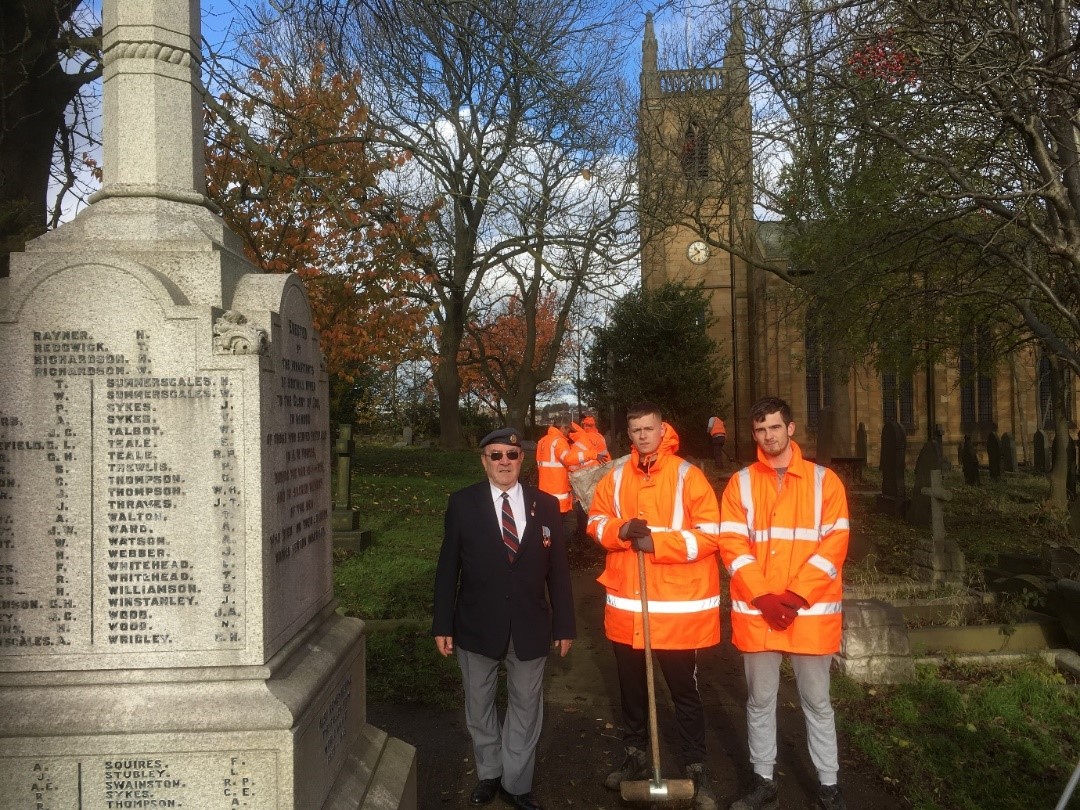 Proud ex forces veteran Mr Lodge is seen here talking to some of the team prior to the remembrance service that was to take place later in the day. He thanked them for the work around the war memorial and also commented on the good work that is done maintaining the graveyard during the rest of the year. Meeting local people who appreciate the work done not only creates a feeling of self-worth but improves the confidence of the workers doing the unpaid work.

During the month of February, the unpaid work team was glad to be working inside away from the persistent rain that seemed to be out every weekend.

The unpaid work team painted all the inside corridors at Pentlands Infant and nursery school in Saville Town, Dewsbury. 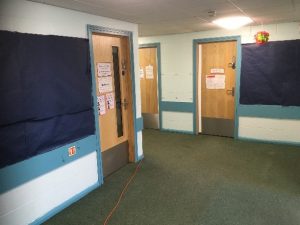 To prevent any disruption to the school term the work was carried out over three consecutive weekends with the team preparing and painting the walls and woodwork then cleaning up after themselves before school started the next day.

Deputy Head Mrs Pat Barker commented “you and your guys have done another excellent job, my class in particular were thrilled on Monday morning to see the corridor transformed”.

The work carried out by the unpaid workers not only gives some of them new skills learned during the process but also fosters the feeling of self-inclusion within the community due to the contributions they have made, they all went home proud of a good job done!