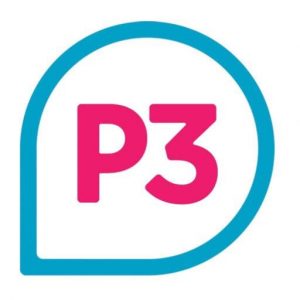 People, Potential, Possibilities or P3 are one of many partners we’ve been delighted to work alongside delivering our justice services since 2015. P3’s Chief Executive, Mark Simms tells us a little more about their work and how we worked together with Interserve to reduce re-offending, protect our communities and deliver an innovation grant programme.

“P3 went into partnership with Interserve because we were concerned that TR would result in the people facing the greatest challenge in creating a life for themselves free of offending would be left behind by the targets and operating model that the MOJ had commissioned.”

What we found in Interserve was a credible partner who listened and kept to their promise in the way our contract would be managed and kept the focus (and resources) on the people we were working alongside. Part of this was that I was asked to Chair the “Innovation Fund”. We had a plan to award £500,000 every year. This was set up to be a simple grant programme that organisations embedded in local communities could apply to deliver services and projects for people that would fall under the responsibility of Purple Futures.

Everything starts great: a simple application process, a small, focussed panel and multiple bidding rounds. The competition was fierce, some of the ideas were frankly bonkers and some people were trying to resurrect old programmes. 3SC were swiftly engaged to help people develop their proposals in a way that focussed on people not organisations.

We awarded £1.1m to 42 organisations. Like most innovation, some of it didn’t quite work out, but that’s OK innovation isn’t meant to always work. We did find some gems though:

Lincolnshire Action Trust worked with 90 people on a parenting courses, focussing on improving educational engagement and attainment for the children of people being released from custody, by improving their parenting skills and helping them bridge the intergenerational gap. A brilliant project delivered brilliantly by LAT, for £10,000.

The lack of housing is an issue for far too many people leaving custody, in Yorkshire Foundation Housing were granted £65,000 to develop a social letting agency and New Wortley Community Centre were awarded a grant to develop 18 units of accommodation for women leaving prison. They provided much more than housing, the support and the ability to keep families together was a key feature of this project.

Heart of Portsmouth Boxing Academy developed an amazing programme that developed people’s potential, kept them healthy and built resilience, all for the sum of £7000.

At the outset of this program the intention was to try new stuff and if it worked to put longer term funding into place and the successful projects deserved long term funding. Sadly, the financial challenges of Transforming Rehabilitation meant that the long-term investment that these projects deserve will never occur (unless the new Dynamic Framework really is dynamic).

It was great while it lasted, we learned a lot along the way but most of all it did a lot of good for people facing huge challenges in their lives.

Huge thanks to the people at Interserve who took the leap of faith, 3SC, the excellent people in the CRCs but most all the fantastic organisations who turned tens of thousands into hundreds of thousands worth of impact.”

To find out more about P3, 3SC and our partnerships, visit www.3SC.org